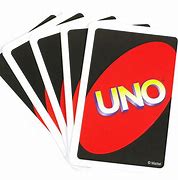 John Clayton Adams, 87, of Indianapolis passed away October 10, 2022, at Community Hospital South. He was born July 11, 1935, in London, Kentucky to the late Terry and Francis (Root) Adams. John was preceded in passing by his wife Elaine Adams. John was a proud self-employed plumbing and excavating contractor for over 50 years. John was a skilled UNO player and took great joy in his success. When he was not found bowling or hunting he enjoyed spending time with his loving family.

To send flowers to the family or plant a tree in memory of John Clayton Adams, please visit our floral store.

You can still show your support by sending flowers directly to the family, or by planting a memorial tree in the memory of John Clayton Adams
SHARE OBITUARY
© 2022 N.F. Chance Funeral Home and Cremation Services. All Rights Reserved. Funeral Home website by CFS & TA | Terms of Use | Privacy Policy | Accessibility